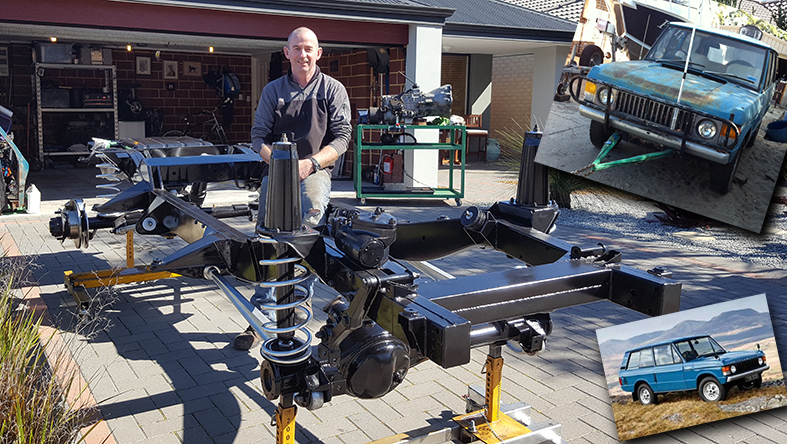 Alan is a Senior Technician on PUMPNSEAL’s Pump Service Team. He is also a Land Rover/Range Rover enthusiast. Having driven Land Rovers in Cornwall in the open cast mines from the age of 17, Alan also competed in off-road trials about 20 years ago. He always dreamed of finding an early Suffix A 2 door model to restore, but they were very rare and hard to find in original condition. By chance neighbour’s friend approached Alan to ask if he was interested in his grandfather’s 1972 vehicle, which he had owned from new. Alan is now 15 months into the restoration project. It is important to Alan to retain the originality and character of the vehicle, so he is only replacing what absolutely needs to be replaced. “It would be lovely if the old fellow saw the project finished, but he is 102 years old, so it is doubtful this will happen at the speed I am going!” says Alan. It is clear that Alan is a perfectionist in his passion for Range Rovers and he brings this same attention to detail to his work at PUMPNSEAL!